Wednesday, 27 March 2013
0
Robin Whitlock
A renewable economy could deliver up to 400,000 diverse jobs across the country by 2020 as well as ensuring greater price stability and national energy security says the Renewable Energy Association (REA) 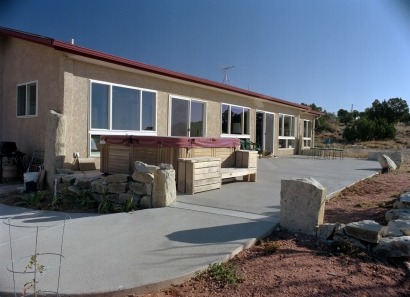 The UK government has announced revised analysis of the effect of its policies on household energy bills. The review distinguishes between the cost of energy and energy bills and sets out its intention to provide a cushion between consumers and increased energy costs through a continuing transition to a low-carbon economy. The government predicts that by 2022 around half the UK population will have at least one major insulation measure, such as loft, cavity wall or solid insulation. It also expects tighter efficiency standards on household appliances to achieve an annual saving of £158 per household by 2020 with Smart Meter rollouts to all households by the end of 2019.

Altogether the REA estimates a reduction in household energy bills of around 11 percent or £166 per household by 2020 under the ‘central fossil fuel’ scenario announced by the Department of Energy & Climate Change (DECC). Around £112 of current household energy bills are attributed by the report to current policy measures with renewable energy policies making up a quarter of this figure in 2013 at around £27 per household. The great majority of the policy costs derive from energy efficiency measures but most of the overall increases in energy costs are products of rising gas prices in global fossil fuel markets. Indeed, the report makes it very clear that wholesale gas prices have increased dramatically over recent years and with 50 percent of the average household energy bill arising from wholesale energy prices, UK households and businesses are very much exposed to international price volatility.

“The cost of energy may be rising but households and businesses can take positive steps to limit bill increases with efficiency measures and investment in on-site renewables” said “Predicting future fossil fuel costs in a volatile international market is fraught with uncertainties. Investment in energy infrastructure is essential, as is the switch to renewable energy. Government intervention on both new generation and demand reduction should save households money overall. That's got to be good news for the UK's future security and prosperity.”

The 2020 figures in the government report are, however, subject to huge uncertainties and do not clearly identify the anticipated cost of renewables policy support. The Electricity Market Reform (EMR) does not distinguish between renewables and other low-carbon technologies and it is also unclear whether the interaction of Contracts for Difference (CfDs) and the Carbon Price Floor (CPF) has been dealt with correctly. The increase in electricity price arising from the CPF will act to reduce the cost of CfDs

“The CPF is a tax on pollution (polluter pays principle) that seeks to internalise environmental costs” said Gaynor Hartnell, REA Chief Executive. “Ideally the full costs to society of carbon emissions should be reflected in the price we pay for fuels and electricity. The CPF is the first small step in this direction. Ultimately this approach should supersede other more direct subsidies, but it should not be done too soon.Renewables deliver many other benefits, in addition to carbon savings. Very importantly they help with security of supply. With most renewable technologies there are no fuel costs, and we aren’t dependent on imports which leave us vulnerable in an ever energy-hungry world.”

The REA commented that it would also be helpful if the analysis distinguished between savings from energy efficiency and savings from on-site generation given that there is a huge potential for businesses and households to save money by supplying their own heat and power from renewable sources. Furthermore, a renewable economy could deliver up to 400,000 diverse jobs across the country by 2020 as well as ensuring greater price stability and national energy security. Ms Hartnell added that the government analysis overestimates the cost of delivering renewable energy targets which will be even more true should the gas supply crunch anticipated by Ofgem hit the country. However the report should go some way towards reassuring UK households that costs of modernising our energy supply infrastructure can be mitigated although given the UK’s continued reliance on fossil fuels and the relatively low proportion of energy coming from renewables, households will remain vulnerable to unexpected and significant bill rises well beyond those suggested in the government’s report.