Thursday, 12 May 2011
0
The disputed territory of Tibet, known in China as the Tibet Autonomous Region, is poised to become the country's leading solar power generation base with 10 photovoltaic power plants to be completed the end of the year. 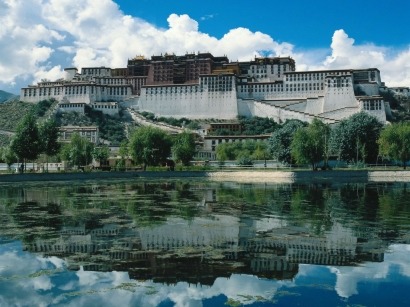 According to a report in the Global Times, a tabloid produced under the auspices of the official Chinese Communist Party newspaper, the People's Daily, the total investment in the new plants will approach $308 million.

Construction of most of the new plants has begun, including a 30 MW solar photovoltaic generation plant in Xigaze prefecture, about three kilometres northwest of Tibet's second largest city Xigaze.

Upon its completion this month, the plant will generate up to 20.23 million kilowatt-hours of electricity annually, said Wang.

Meanwhile, a 10 MW solar photovoltaic generation plant is being built in Yangbajing, a town 90 kilometres northwest of the regional capital Lhasa, with a designed power generation capacity of 430 million kilowatt-hours during its 25-year life span.

Tibet has abundant solar energy resources, with an average 3,000 hours of solar radiation annually, or about 6,000 to 8,000 megajoules per square meter, the newspaper said.

China's total domestic demand for solar photovoltaic energy was around 500,000 kilowatts a year, according to the National Energy Administration (NEA), the country's top energy planner.