Renewables May Overtake Coal by 2035, But Will it be Soon Enough?

Wednesday, 05 December 2012
1
Richard Crume
Hardly a day goes by without a news report on the potential effects of climate change and an urgent call to action. Increasingly, the news is evolving from what might happen to what is happening, as more evidence turns up suggesting climate change is contributing to the growing number of intense storms and droughts that buck historical trends. 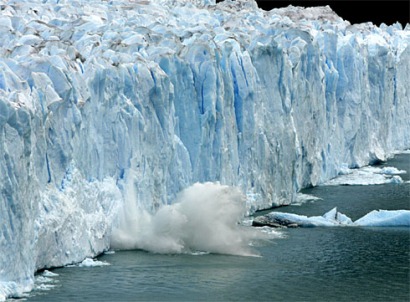 Most recently, researchers believe warming ocean temperatures, rising sea levels, and altered atmospheric air currents may have contributed to superstorm Sandy’s strength and odd turn inland as it marched up the U.S. East Coast this past October 29.

“The lack of action on climate change not only risks putting prosperity out of reach of millions of people in the developing world, it threatens to roll back decades of sustainable development.” These are not the words of some environmental activist, but of Dr. Jim Yong Kim, President of the World Bank Group, in his Forward to Turn Down the Heat: Why a 4°C Warmer World Must be Avoided, a report commissioned by the World Bank and written by the Potsdam Institute for Climate Impact Research and Climate Analytics. Kim goes on to warn that if we fail to ramp up efforts on mitigation, the resulting world “would be so dramatically different from today’s world that it is hard to describe accurately.”

As one of the world’s most recognized financial institutions, the World Bank’s opinions should matter. Yet, there is still too little progress in addressing climate change by reducing fossil fuel combustion and promoting sources of renewable energy. Kim expresses hope that the Turn Down the Heat report “shocks us into action,” but it appears that the world’s dependence on coal, oil, and gas will continue for the foreseeable future.

Read a Forbes Magazine article about how a nuclear-free Germany may be forced to embrace coal HERE.

According to the World Bank report, the earth will likely warm by 4°C within this century if emission trends continue, and if current mitigation commitments and pledges are not met, a 4°C warming could occur as early as the 2060s. The report concludes that a 4°C warmer world would be one of “unprecedented heat waves, severe droughts, and major floods in many regions, with serious impacts on human systems, ecosystems, and associated services.” For perspective, the report notes that “a global mean temperature increase of 4°C approaches the difference between temperatures today and those of the last ice age.”

The Role of Renewables

World Energy Outlook 2012 by the International Energy Agency (IEA) examines the role of renewable energy in lessening the world’s dependence on fossil fuels. The report notes that renewables could overtake coal as the world’s primary source of power generation by 2035 (representing 31% of electricity generation), provided that subsidies continue. On the other hand, because of continued global economic expansion, particularly in developing nations, global demand for coal, oil, and gas still will continue to grow through 2035, although their combined share of the global energy mix falls from 81% to 75% in this timeframe. Despite international efforts at reform, fossil fuel subsidies continue increasing, far outweighing renewable energy incentives.

The latest Germanwatch Global Climate Risk Index shows how poorer developing countries have been hardest hit by weather extremes. Read about it HERE.

The above estimates are based on the IEA’s New Policies Scenario, which takes into account pledges made by countries to reduce greenhouse gas emissions and improve energy efficiency. According to the IEA, “in many respects, this is already an ambitious scenario that requires significant changes in policy and technologies. Moreover, capping the temperature increase at 4°C requires significant additional cuts in emissions in the period after 2050.”

The IEA report projects that power generation from renewables will increase nearly three-fold under the New Policies Scenario between 2010 and 2035, with growth in the Organization for Economic Cooperation and Development (OECD) countries coming mainly from:

In non-OECD countries, projected growth in renewables will result from:

An interesting outcome of the IEA report is its emphasis on energy efficiency, which under one scenario could amount to energy savings in 2035 of up to 20% of 2010 levels. The report proposes six categories of policy action that are needed to realize such energy efficiency improvements:

No End in Sight to Warming Impacts

While nations continue debating greenhouse gas controls, emissions continue almost unabated. The latest World Meteorological Organization (WMO) Greenhouse Gas Bulletin confirms that total radiative forcing (a measure of the extent to which carbon dioxide and other long-lived greenhouse gases are causing the earth’s climate to warm) has increased by 30% in just two decades (1990-2011). “These billions of tonnes of additional carbon dioxide in our atmosphere will remain there for centuries, causing our planet to warm further and impacting on all aspects of life on earth,” says WMO Secretary-General Michel Jarraud.

Is there any hope for mitigating the effects of climate change before our ecosystem is irreparably harmed? World Bank President Kim has committed his institution to stepping up to the challenge, “not only because it is a moral imperative, but because it makes good economic sense.” Perhaps by speaking the language of economics, we can get the attention of more world political, corporate, and financial leaders and start making real progress in tackling climate change, before it is too late. 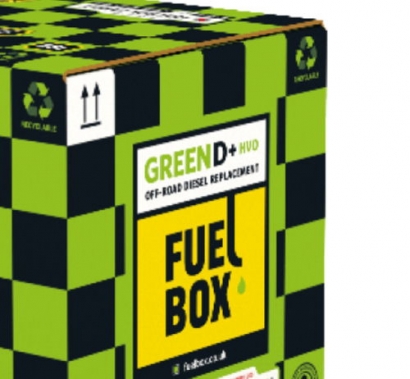