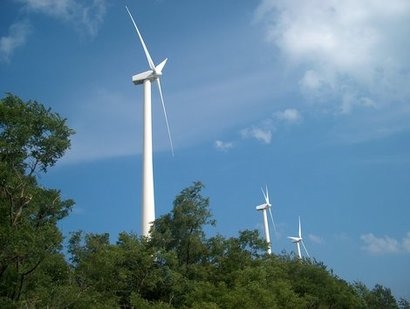 RES plays a leading role in the development, engineering, construction, and operations of wind, solar, transmission, and energy storage projects in the Americas. The company was selected for the contract through a competitive third party bidding process. The Notice to Proceed was awarded on May 24, 2017, and construction will begin on the 80 MW project in August 2017 with completion scheduled for November 2018.

“Copenhagen will be RES’ first wind project constructed in the State of New York and we are pleased to be contributing to the economic benefits this project will provide to the community” said Jason Zingerman, VP Construction, RES in the Americas. “This project is another step forward towards our goal of a low carbon future for all and adds to our proud track record of working alongside EDF Renewable Energy.”

Ryan Pfaff, Executive Vice President at EDF RE, added that Copenhagen Wind is yet another great example of how wind power provides an economic boost to rural America through the creation of local jobs, tax base, and recurring landowner lease payments.

During peak construction, Copenhagen will support 120 jobs to bring the benefits of renewable energy to upstate New York. The project will offset 177,000 metric tons of CO2 emissions annually, equivalent to the greenhouse gas emissions from 37,500 passenger vehicles driven over the course of one year.