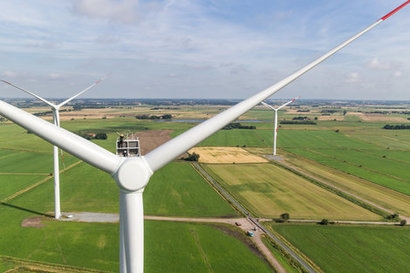 The five-year contract includes engineering, procurement, construction and long-term operation and maintenance. The Tolo 1 wind farm, located at Ponto in South Sulawesi, will be installed in partnership with PT PP (Persero) Tbk, one of the largest construction firms in Indonesia. The project will be connected to the Indonesian energy grid via a local substation and a purpose-built 150 kV transmission line.

The SWT-3.6-130 direct drive turbine has a rating of 3.6 MW and a rotor diameter of 130 metres. The turbines at the Tolo 1 project will be installed on steel towers with hub heights of 135 metres.

“Indonesia is set for a period of rapid, sustained growth in energy demand” said David Russell, CEO of Equis Energy. “Equis is committed to leveraging our experience and expertise in Indonesia to support government initiatives synthesis and local community development.”

Alvaro Bilbao Moran, head of the Asia Pacific region in Siemens Gamesa's onshore business unit, added that Equis Energy is a very dynamic player in the Indonesian energy market with a number of innovative renewable energy projects in the country. Equis Energy is the largest independent power producer in the Asia-Pacific region, in which Indonesia particularly has set ambitious energy targets with a renewable share of 23 percent by 2019.