Making the Case in Morocco for Renewable Project Approval

Wednesday, 11 January 2017
0
Al Maiorino
With each passing year, it seems many countries set higher benchmarks for renewable energy generation as the pace quickens towards reaching the goals previously set. As pressure mounts from a political standpoint to prioritize clean power sources, citizens are presented with greater opportunities to learn about the benefits of industry growth. 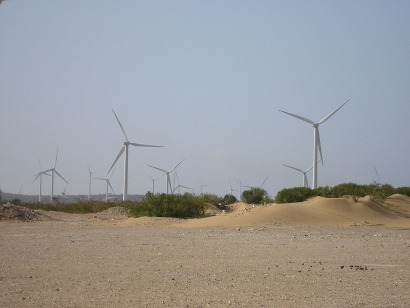 However, these conversations on the macro level do not necessarily make building public support within local communities where new projects are proposed any easier. To secure timely approval from entitling agencies, companies should reiterate these benefits as they relate to the local community through clear messaging points and “new” fashion forms community outreach.

Morocco is one such country making progress in the transition to clean energy and setting a policy agenda that aims to combat climate change. Recent investments in renewables aim to lower the price of energy, increase efficiency and create jobs. A recent report by the Mediterranean Forum of Institute of Economic Sciences (“Femise”) estimates the potential for 270,000-500,000 renewable industry jobs to be created in Morocco by 2040.

Aside from the economic benefits such as jobs and significant revenue, the report also notes the importance of renewables considering the increasing prevalence of water scarcity across the Mediterranean and other regions. In the United States, according to the American Wind Energy Association (“AWEA”), the power sector uses more water than any other, including agriculture.

However, water withdrawals per MWh ranges from nearly zero with solar photovoltaic or wind to hundreds of gallons for nuclear or coal with once-through cooling. Therefore, when drought hits, with certain renewable sources, more water could be available on reserve for other uses depending on the type of generation chosen. These are important factors to inform communities of to help individuals realize not only what communities could gain by supporting renewable energy, but also what is at stake.

While good “old” fashion community outreach is the best way to introduce a renewable proposal, it should take a “new” fashion approach. In order to generate positive letters of support, letters to the editor and hearing testimony, an effort should be made to educate the community on the facts so that supporters can be identified and asked to take action. It is tangible evidence of community support that helps persuade public officials.

Whether a proposal is introduced through a press conference or a press release, attention to detail will lend itself well towards establishing credibility. Hold a press conference at an innovative facility or educational institution and invite stakeholders and industry experts. Alternatively, if more subtle optics are preferred, include industry stakeholders’ remarks in a press release to validate environmental or economic benefits.

When the proposal is introduced, a website dedicated to the proposal should be announced as a place for community members to get updates, learn about project details, view site plans and sign up in support. Added tools such as a form letter of support that viewers can sign and send via email directly on the site with one click are useful ways to encourage action. Many times, supporters are willing to help, some at higher levels than others, but they just have to be asked!

Spreading the word from here is a must. At a first glance, companies may be reluctant to creating a Facebook page for a wind farm proposal for fear of opening a project or company to scrutiny on the web. However, operating on the platforms opponents and public officials engage on is important. At no cost to create, a dedicated social media page becomes a tool to push content in easy to consume volumes out to the masses. Infographics, fact sheets and photos are shareable resources that will quickly get passed through supporters’ own networks to increase awareness and expand the grassroots supporter base.

Ads placed on Facebook or Twitter appear directly within a viewers’ feed. With how quickly information is consumed today, often times, viewers do not even realize a post or tweet is sponsored content. Instead they consume it with other information shared among their peers. These ads can be created to fit any budget and micro-target particular areas of the community or demographics most likely to support the proposal. Additionally, social media advertising reaches viewers across platforms from smartphones and tablets to desktops.

Any supporters identified through comments on social media platforms should be coded into a database and appended with contact information. Whether a resident file is purchased containing every household in the community, or a file is compiled based on information provided through social media, the website and in-person meetings, all supporters, opponents and undecided should be coded. This way, messaging can be tailored to bring out the supporters, and perhaps clarify common myths amongst undecided in various mail or telephone identification campaigns.

Ultimately, as the database is compiled and supporters are identified, the most important part of community outreach is developing a relationship with each group. Hold supporter meetings in small groups to start letter drives, distribute lawn signs and prepare for hearings, for example. Providing reliable supporters with the tools they need to become key advocates who engage others in the cause is the goal.

Invite undecided and opponents to community open houses to speak one-on-one with project experts. Instead of a presentation style event, create stations on various subject matter about the proposal. Some undecided may be converted to supporters, and opponents may either be neutralized with truthful information or appreciate the company’s effort to listen to their concerns.