Changing Energy Behaviour: An interview with Tom Lindberg of ECOHZ 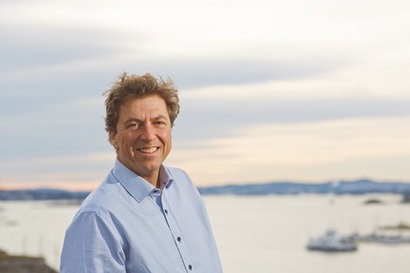 Tell me about ECOHZ and what its role is? What are Guarantees of Origin?

We provide renewable energy solutions in Europe and internationally. Our main focus is delivering documented renewable energy and Guarantees of Origin are about tracking energy from source to consumer, with regard to where and how the renewable energy is produced. What we have is a European wide tracking system, almost like an accounting system with the use of certificates that enables renewable energy to be produced anywhere and only accounted for once. The system exists today in Europe and does connect member countries but the UK stands on its own.  Any power plant defined as renewable can apply and issue certificates. They are published in this accounting system and are available for somebody to purchase. When purchased, they are taken out of the warehouse and you cannot sell them again. There is a very similar process in the US called Renewable Energy Certificates (REC), internationally called I-REC and there are similar schemes in Australia and the UK (Renewable Energy Guarantees of Origin – REGO), although the UK version is slightly different and not really compatible with those in Europe. The basic principles are the same.

What were the main factors behind the renewable energy surge of 2014?

It is important to look back in at the increase in demand from the start of the market. Although every single year there has been an increase in certificates and demand. The surge in 2014 came from two trends. One trend was pushing hard for consumer protection. Tracking any product’s origin and informing consumers. In many industries, food, beverage and retail – knowing where the product comes from and tracking it back to where it was produced became important. This transparency is also important for consumers purchasing electricity – was the electricity that companies are using coming from clean sources or coal?

The second trend and the increase 2014, I believe, was related to the frameworks that were established. For example the implementation of the Corporate Social Responsibility (CSR) directive, EU legislation, which added that 6000 large companies require to report on their energy use.

The Carbon Disclosure Project, based in London, has also been pushing corporations to increase their transparency, which can be achieved using Guarantees of Origin. The CDP agenda is broad – sustainability, carbon reductions etc. Guarantees of Origin plays one part in documenting energy purchases. Another factor was the Greenhouse Gas Protocol, which is the de facto single CO2 accounting standard in the world. It worked to establish a new set of guidelines, specifically the Scope 2 Guidelines – a guide to how corporates should account for their energy purchases. This was planned and completed by the end of 2014, being launched in January 2015. Everybody knew this was coming. There is also competition among the corporations to take part in the renewable energy world. We see the Googles and Apples taking stronger steps forward and establishing a longer term position. The stronger the engagement the more people it attracts, they all start wanting to get on to it. So there is a very strong movement and the price is coming down while the technology is improving and that means everyone can engage. The most important single step is the CO2 accounting. By buying Guarantees of Origin you reduce your carbon footprint. With pressure from customers and partners, the companies cannot do without it. That is the single most important reason why Guarantees of Origin has surged.

How does this progress compare with previous years?

It’s been building up over the years, increasing year on year. The jump forward in 2014 was very significant and quite different from before. We are now at the point where a significant part of the renewable power sector is documented and purchased.

Are there any renewable energy technologies that have shown particularly rapid growth and if so which?

I probably still would have to say hydroelectricity, which has dominated the certificate market. Hydroelectric did not increase the fastest, but it is the biggest technology in terms of volume. Wind and solar increased fastest in terms of percentages. Wind is higher value than hydro and solar higher than wind but hydro still dominates. This is really based on what customers prefer. The highest increase in certificates comes from wind, but hydro still dominates in volumes. What we see is that there is a huge price difference in where the renewable energy is produced, by whom and with which technology.

Which sectors, out of the commercial, utility scale and domestic are showing the fastest growth and what technologies are particularly significant in these sectors?

The electricity suppliers are important but the real increase is among the corporations. However, households are awakening to all this because many people want to do the right thing if they can.

Which countries are racing ahead with renewable energy installation at present and which are dragging behind?

Germany is by far the strongest country, with Sweden not far behind and then Holland. The UK has its own national system. A lot of things have happened in France, many of them below the radar so to speak. It’s not really been talked about that much. Denmark has set some impressive new records (with more than 40 percent of the electricity on the grid in 2014 coming from wind power) but Sweden is very important because they will be taking out the whole nuclear sector by 2030 and replacing it with renewables. I believe in a European energy market and Scandinavia has fairly big capacities to exchange. It’s not just about Norway to Europe. The new Energy Union launched by the EU has a specific element in its future scenario, where they set a very specific target related to electricity interconnectors in Europe – 10 percent. This is closely linked to security of supply, but also creates real open and competitive markets.

How close are we to seeing technologies being able to stand on their own without having to rely on subsidies?

There are many examples in numerous countries including onshore wind, solar and PV. Companies like SunEdison are building really large unsubsidised solar farms in Spain. There are lots of areas that have reached grid parity and we can produce solar panels cheaper than the Chinese.

How do you see things developing over the next ten or twenty years in Europe with renewables?

I am at heart very optimistic. There is a lot of momentum. I think in 2014 there was a really important change in where people put their money. We’ve built the infrastructure so we’re already moving into production.

ECOHZ is a Norwegian-based company with offices in Oslo and Geneva. The company’s primary business is to offer Guarantees of Origin from renewable energy to electricity providers, businesses and organisations across Europe, with distribution partners in 12 European countries.