Friday, 06 September 2019
0
Robin Whitlock
The LRET has delivered dozens of wind and solar projects along the way, taking the country closer to a clean energy future, the Clean Energy Council revealed this week. 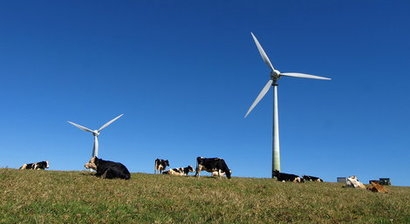 With the completion of Goldwind’s Cattle Hill Wind Farm in Tasmania, the Clean Energy Regulator has officially confirmed that enough renewable energy has now been built to guarantee that the target will be met in 2020.

Clean Energy Council Chief Executive Kane Thornton said meeting the target had been a massive effort for the clean energy industry for close to two decades, which had transformed renewable energy from one of the most expensive kinds of energy generation to the cheapest.

“It shows what is possible when our major political parties agree to put aside their differences and work together to achieve a shared, ambitious goal” Mr Thornton said. “The RET is the most successful emissions reduction policy of all time for Australia’s electricity system. At a time when people are becoming increasingly concerned about climate change, the RET has been one of the bright spots which is making our electricity system cleaner, cheaper and more reliable. The policy was a world first when introduced by Prime Minister Howard in 2001, which was later adopted by more than 100 countries. It was expanded under Kevin Rudd in 2009”.

“The RET has delivered dozens of wind and solar farms this decade, along with tens of thousands of jobs for people in regional parts of the country and tens of billions of dollars in project investment which has created many new opportunities in the Australian economy,” he said.

Mr Thornton added that with the news that the industry will far exceed the target, the question should now turn to what comes next and that the industry doesn’t need new subsidies, it just needs certainty – renewable energy can continue to create opportunities for regional parts of the country for many decades with the right policies in place.

“We’ve always said that if you set us a target, we will beat it” Thornton said. “We’ve hit the bullseye with a year to go, and it’s time to start asking ourselves what comes next”.

Some of the achievements of the Renewable Energy Target include:

There has been more than $24 billion of investment in the last 18 months alone, along with the creation of tens of thousands of jobs.