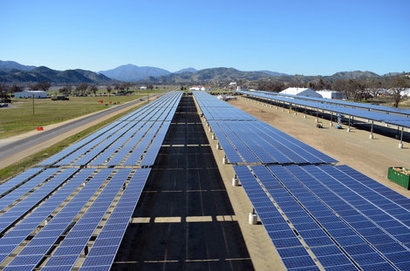 Previous emissions reduction gains are threatened by the transport sector, wildfires and landfill emissions. This means that California will meet its 2030 climate targets more than three decades late – in 2061 – and could be more than 100 years late in meeting its 2050 target if the average rate of emissions reductions from the past year hold steady, according to a new study tracking more than a decade of environmental and economic indicators in the Golden State.

The eleventh annual California Green Innovation Index - released by the nonpartisan nonprofit Next 10 and prepared by Beacon Economics - finds the state needs to reduce emissions by an average of 4.51 percent each year - marking a three-fold increase from the 1.15 percent reduction seen in 2017 - to meet the requirements of SB 32, which raised the state’s emissions reduction goal to 40 percent below 1990 levels by 2030.

“California has made tremendous gains cutting pollution without detrimental economic impacts” said F. Noel Perry, businessman and founder of Next 10. “The state’s per capita GDP has grown more than 41 percent while per capita greenhouse gas emissions have fallen by just over 25 percent since 1990. But this year’s Index serves as a wake-up call - we’re going to need major policy breakthroughs and deep structural changes if we’re going to deliver the much steeper emissions reductions required in the years ahead.”

The sobering findings follow widespread celebration after California hit its 2020 emissions reductions goals four years early. Since 2000, electricity has been the only economic sector that has seen continuous and significant improvements in reducing greenhouse gas (GHG) emissions. The industrial, residential, and transportation sectors have only seen small declines, while California’s large commercial sector is moving in the opposite direction—with emissions increasing more than 64 percent.

Adam Fowler, director of research at Beacon Economics, an independent research and consulting firm, added that over the last 17 years, the industrial, residential and transportation sectors have cut their emissions by less than 5 percent and that, moving forward, the must hit reduction targets of 4.5 percent annually - the days of a 20-year runway to achieve this level of reduction in these sectors are past

However, this year’s Index finds that 2017 marked the first time that a greater portion of California’s power mix came from renewable sources like wind and solar than it did from fossil fuels.

“Renewable energy in California has really matured. Solar and wind are increasingly cost-competitive with fossil fuels, and we are seeing a significant uptick in the investment and development of energy storage” said Noel Perry. “The number of patents issued for energy storage increased 65.6 percent year-over-year in 2018. We can already see the impact this is having, as some gas plants in California have been shuttered and plans scrapped for new plants in part due to cost-effective renewables and the availability of more storage opportunities.”

But the report authors note that, while California has the second-lowest rate of carbon emissions per capita in the nation, and a carbon intensity relative to GDP that is 54.3 percent lower than the rest of the US - there are enormous challenges ahead.

Transportation emissions hit a record high in 2017 - making up 41.1 percent of the state’s total GHG emissions - and of which on-road passenger vehicles accounted for 28 percent. The report finds car ownership rates and vehicle miles travelled also hit new highs in 2017, while consumer preferences have shifted markedly toward less-efficient vehicles. By the fourth quarter of 2018, light-duty pickup trucks, mini-vans, and SUVs made up 57.3 percent of new vehicle registrations, up from 39.3 percent five years ago.

These trends are complicated by the federal administration’s rollback of national fuel economy and emission reduction standards which were intended to lower transportation pollution significantly in the coming decade, and the recent revocation of California's waiver to set vehicle emissions standards - which has kicked off a legal battle that could last for years before resolution.

Top findings in the area of transportation include:

The annual increase in transportation emissions has slowed down slightly compared to the previous three years.

Vehicle miles travelled and GHG emissions from surface transportation per capita increased 0.5 percent and 0.1 percent, respectively, from 2016 to 2017.

In 2018, battery electric, plug-in hybrid, and hydrogen vehicles accounted for 1.5 percent of all registered on-road vehicles in California, up from 1.1 percent in 2017. At current pace, the share will reach 2 percent by the end of 2019.

Vehicle miles travelled (VMT) per capita have been increasing gradually for years in California – but declining in some other populous states. Between 2008 and 2017, total VMT increased 5 percent in California, but declined in Pennsylvania (-6%) and New York (-8%). Texas saw the greatest increase over the period (+16%).

Wildfire emissions present a unique challenge, producing an estimated nine times more emissions than were reduced across the entire state’s economy the year prior - with wildfires contributing more than the commercial, residential or agriculture sectors did in 2017.

The 2018 wildfires burned more than 1.8 million acres of California land - a five-fold increase since 1972 and the largest-burned acreage recorded in a California fire season. The study notes that ten of the state’s most destructive fires have occurred since 2010, including 2018’s Camp Fire, the most deadly and destructive in state history.

Not only are wildfires becoming more severe, the frequency of historically-destructive fires has also been increasing over the last decade. Ten of the state’s most destructive fires occurred since 2010, and 19 of them have occurred within the last 30 years.

Between 2000 and 2017, the number one cause of wildfires was those categorized as “other” - which includes debris, escaped prescribed burn, miscellaneous causes, and unknown/unidentified - (34.2 percent), followed by lightning (31.1 percent), human-caused (23.7 percent), vehicles/structure (7 percent), and powerlines (4 percent).

Landfill emissions are also emerging as a policy challenge - having risen every single year since 2004 in California, and shooting up 7.4 percent from 2016 to 2017.

As the economy continues to grow, people consume more, and solid waste generation generally continues to increase. The state is not on track to meeting its goal of 75 percent recycling rate by 2020 and will only face further challenges in meeting that goal as a result of no longer being able to send recycling to markets abroad, such as China.

As landfills are burdened with an increasing amount of waste, landfill emissions have gone up every single year since 2004. From 2007 to 2017, emissions from landfills have increased by 1.0 percent every year on average

“The 2019 Index is a call to action” said Perry. “The state has a great degree of control over its power mix, but there are several sectors that are harder to control - whether that be wildfires or sectors dependent on end-users’ consumption behaviours. Each choice we make about how to use our land, power our homes and buildings, and travel each day makes a difference. Transformative policies are needed, but success requires change from all of us.”

California’s energy-related carbon dioxide emissions per capita were 9.2 MTCO2e per person in 2016 - the second-lowest among the 50 states, behind New York - and have remained relatively constant since 2011.

California has among the lowest per capita electricity consumption among the selected large states, along with New York. Unlike New York, however, in which per capita consumption has held steady, it continues to decrease in California.

Hydroelectric, solar, and wind generation are increasingly displacing natural gas. 2017 was the first time that the share of fossil fuel sources - coal, oil, and natural gas - fell below 40 percent of California’s power mix.

As the energy storage market grows and matures, the technology is becoming increasingly cost-competitive with natural gas. In Moss Landing, two lithium-ion batteries were approved this past fall to replace retiring gas generators. When they come online, the batteries will be the two largest in service in the world.

While Community Choice Aggregators (CCAs) are quickly growing, the California Public Utilities Commission notes that CCAs would have to procure roughly twice the amount of clean energy they have procured to-date by 2022 and close to six times as much by 2030 in order to meet our clean energy and climate goals.

As of the end of 2018, California accounted for 44 percent of all small-scale solar photovoltaic (PV) net generation in the US Small scale-solar PV generation increased 23 percent from 2017 to 2018 in both California and the rest of US.

Venture capital investment in clean technologies totaled $5.8 billion in the US in 2018, of which 58 percent ($3.4 billion) was invested in California.

The dip in the number of patents registered in 2018 (compared to 2017 and 2016) might signal a slowdown in clean tech patent applications, not just in the US, but globally.