Wednesday, 06 June 2012
0
Toby Price
Korea is seen as “an opportunity for Spanish renewable energies”, and therefore the Madrid Science Park organised its First Hispanic-Korean Forum on Renewable Energy on 22 May; aware of the importance that cooperation between the two countries will have for this sector. 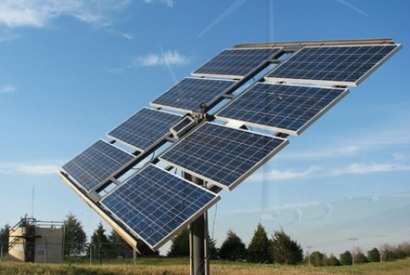 The event chaired by OH Dae-Sung, Korean ambassador in Spain, was attended by representatives from key agencies and companies involved in the commitment to the development of these energy sources and a Korean business delegation.

The Forum highlighted the opportunity Korea offers to Spanish companies due to the existence of agreements. "Since 1994 there is an economic cooperation agreement to promote trade and an agreement to avoid double taxation," reports Diego Moleres, Head of Area Europe, North Asia and Far East of the Spanish Ministry of Economy and Competitiveness. This is a competitive advantage that Spain should take, as it still has room and as shown by the figures: Spain imports more from Korea than it exports.

In this regard, the Forum has announced bilateral programmes between Spain’s Centre for Industrial Technology Development (CDTI) and Korea & Spain Innovating (KIAT) to promote technology exchange between the two countries and to improve the competitiveness of SMEs.

Within these instruments, the KIAT has €34.2 million for financing cooperation between companies. Both entities have encouraged Spanish SMEs working in renewable energy to participate on joint R & D and innovation projects.

The Forum has revealed the challenges of the European 2020 strategy. In the words of Manuel Sainz of Spain’s Institute for Energy Diversification and Saving (IDAE) "by 2020, according to plans submitted to the European Commission, renewable energy will cover 20.34% of final energy consumption with significant development of wind and solar electricity production and biomass for thermal use”.

Right now, as Diana Lopez, also of the IDAE, adds Spain is has the second largest amount of installed wind power and photovoltaics in Europe and is third in small hydro power. Globally, Spain is a leader in solar thermal electric capacity, second in photovoltaic and fourth in wind energy.

Moreover, Spain's leadership in renewable energy research has been highlighted by the Forum through the activities of Spain’s Centre for Energy, Environmental and Technology Research (CIEMAT), which outlined the work of the Almeria Solar Platform and several energy efficiency centres.

"It is also worth noting the growing importance of hybrid systems by using natural gas to reduce the costs of wind power plants," says Enrique Soria, Director of the renewable energy division of CIEMAT. This institution is cooperating with Korea in the area of wind power and energy storage solutions (batteries).

Meanwhile, Aster Chang, Manager of Clarke, Modet & Co for Asia and Pacific, has demonstrated the clear commitment of Spain to protect their knowledge of renewable energy. This is demonstrated by the evolution of its patents and utility models. From 2001 to 2011, there have been 1,100 patents in Spain, as opposed to the five registered by Korea.

The Forum has shown that there is a long way to go until the trade and innovation policies of both countries opt decidedly for renewable energy and assume the importance of cooperation and exchange of knowledge in this area. "To achieve effective pressure in this direction and to achieve political influence is extremely important to promote associations between Spanish and Korean," remarked Miguel Balanya from Spain’s Society for Cooperation with the Asia-Pacific Region for Renewable Energies and Energy Efficiency (CAPER).

Finally, Antonio Diaz, director of the Madrid Science Park, says: "with forums like this, we want to collaborate to carry out strategic bilateral partnerships in order to influence in driving companies to develop new energy alternatives, and to promote social and political changes to achieve a more sustainable development model. "