Tuesday, 14 June 2011
0
Dan McCue
Google has done it again, partnering with solar power company SolarCity to create a new, $280 million fund designated for residential solar projects. The fund is the largest of its kind in the US. It is also the most money the world’s largest Internet search engine has invested in the renewable energy sector. 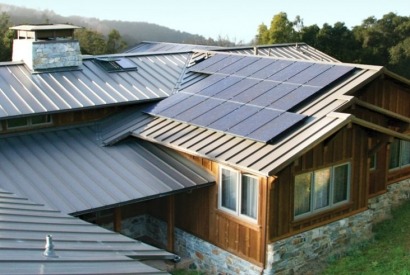 To date, Google has invested $680 million in various renewable energy technologies (see list below). With the new fund the company is seeking to make solar panels more affordable for those who want to embrace the technology without having to make a big, up-front investment.

Industry analysts said this morning the find could help deploy between 7,000 and 9,000 rooftop solar projects depending on the size of the systems.

“We think ‘distributed’ renewable energy (generated and used right at home) is a smart way to use solar photovoltaic (PV) technology to improve our power system since it helps avoid or alleviate distribution constraints on the traditional electricity grid,” he said.

Needham went on to describe the investment as a “quadruple-win” for Google, SolarCity, its new customers and the environment.

“We continue to look for other renewable energy investments that make business sense and help develop and deploy cleaner sources of energy,” he said. “Whether harnessing the sun on

rooftops or in the desert sands of the Mojave desert, it’s all part of building a clean energy future.”

Founded in 2006, SolarCity has more than 15,000 solar projects and finances about 80 percent of its customers' solar systems. SolarCity has 15 funds with seven different partners to finance $1.28 billion in residential and commercial projects. Previous funding partners include Citibank and US Bancorp.

Under SolarCity’s financing models, homeowners can prepay, or pay nothing upfront after which they make monthly solar lease payments.