Monster increase in carbon dioxide emissions – But is anyone paying attention?

Tuesday, 15 November 2011
4
Richard Crume
After focusing his attention on energy saving in schools in the US, Richard Crume decides to explore a much wider-reaching issue: global carbon emissions. 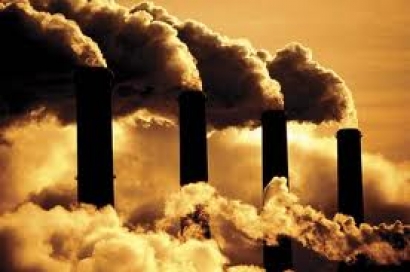 Much of the world’s press has somehow failed to take notice of a very important story – that carbon dioxide emissions are skyrocketing, well beyond predictions. According to the Carbon Dioxide Information Analysis Center located at the US Department of Energy’s Oak Ridge National Laboratory, carbon dioxide emissions to the atmosphere increased by a larger amount in 2010 than in any previous year, exceeding the Intergovernmental Panel on Climate Change’s worst-case scenario. But is anyone paying attention?

The US news media gave scant coverage to the story, which was overshadowed by several presidential candidate debates and a big Hollywood divorce. These days, much of the news coverage on both TV and radio is more about entertainment than about in-depth investigative reporting, and since there is not much entertaining about climate change science, Americans hear little about the latest developments.

Dr. Gregg Marland, a geology professor at Appalachian State University, calls the 2010 carbon dioxide level a “monster” increase that is unheard of, according to the Associated Press (Biggest Jump Ever Seen in Global Warming Gases). And Dr. Granger Morgan, head of Carnegie Mellon University’s engineering and public policy department, labels the increase as “really dismaying . . . a horrible legacy for our children and grandchildren.” It is no surprise that China and the US accounted for more than half of the increase, and that the main cause was coal combustion (see charts below). Carbon dioxide emissions could be even higher in 2011, as Japan comes to depend more heavily on fossil fuels in the wake of the Fukushima Daiichi nuclear plant disaster.

In 2010, about 33.5 billion metric tons of carbon dioxide were emitted, an increase of almost six percent over 2009 global estimates. While coal combustion was the main culprit, liquid and gaseous fuels, cement manufacturing, and gas flaring also contributed significantly to the total. The concern now is that if carbon dioxide emissions continue this meteoric rise year after year, there will be no way to turn back the clock on greenhouse gases and prevent potentially dire implications for life on earth.

In its 2011 World Energy Outlook press release, the International Energy Agency warns: Without a bold change of policy direction, the world will lock itself into an insecure, inefficient and high-carbon energy system . . . The Fukushima nuclear accident, the turmoil in parts of the Middle East and North Africa and a sharp rebound in energy demand in 2010 which pushed carbon dioxide emissions to a record high, highlight the urgency and the scale of the challenge.

Regarding the possible shift away from nuclear power plants, the IEA adds, “While providing a boost to renewables, such a slowdown would increase import bills, heighten energy security concerns and make it harder and more expensive to combat climate change.”

As the world’s population continues to grow (reaching 7 billion this year and adding another 1 billion in just 12 more years), and as developing nations become more industrialized, growth in energy consumption cannot be avoided. Continued advances in renewable energy technology, aided by government research investments and consumer incentives, are urgently needed. But as nations debate climate change policies, and as politicians argue over the science, the climate change clock is ticking, and emissions continue increasing – in 2010, dramatically!

Note: The Associated Press story was carried by a number of news organizations, including USAToday 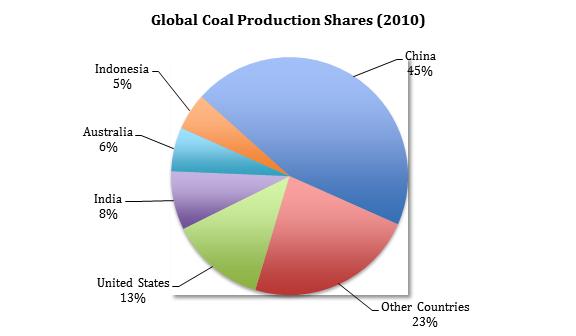 China produced almost half of the world’s coal in 2010, an amount three times above the US and nearly the same amount as the next 10 highest producing countries combined. 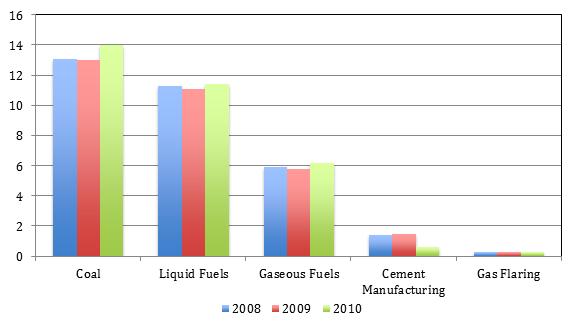 About 33.5 billion metric tons of carbon dioxide were emitted worldwide in 2010, an increase of almost 6 percent over 2009 estimates. Emissions are expected to be even higher in 2011.