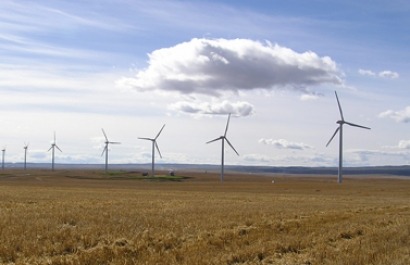 Home to the second largest wind market in the world – the United States – the region saw a total of 5,784 megawatts of wind capacity installed in 2010. Although 2011 was another difficult year for the industry, today the region accounts for more than 22% of the world’s total installed wind capacity.

According to a recent report from Pike Research, installations in the region will pass 125 GW by 2017 – more than doubling from 2011 to 2017 – with onshore installations accounting for more than 97% of that total. Overall, the clean tech market intelligence firm forecasts that approximately $145 billion will be invested in onshore and offshore wind energy installations between 2011 and 2017 in North America.

“Recovery is gradually taking hold across the wind industry in North America, and many key industry players are optimistic about the North American market as turbine costs continue to drop dramatically,” says research analyst Dexter Gauntlett. “However, the uncertainty surrounding the extension of the production tax credit in the US continues to prevent the country from reaching its full potential. The United States produces enough electricity from wind energy to power 10 million homes – but there is still plenty of room to grow. Wind still accounts for only 2.3% of total electricity generation in the United States, compared with around 20% of total generation in some countries.”

One factor powering the wind industry is consolidation. Over the past three years, numerous high-level mergers and acquisitions have resulted in more dynamic, vertically integrated companies. While the majority are pure technology plays, the increasing trend is for manufacturers to acquire wind farm development companies (or “downstream integrate”) as a strategy for ensuring the use of their turbines. Siemens, for example, has done this in the United States with the Cape Wind offshore installation.

Pike Research’s report, “Wind Energy Outlook for North America”, provides an in-depth analysis of North American opportunities in the onshore and offshore wind power markets, as well as an examination of key challenges facing the industry.

It examines technology innovations that will influence the future direction of the market, and also features detailed profiles of key industry players, including a competitive regional analysis of the major wind energy markets across their respective technology, policy, and capital environments.

Market forecasts extend through 2017 and include projections for installed capacity, installation costs, and offshore production revenue, all segmented by onshore, offshore, region, and country.