Friday, 11 July 2014
0
Robin Whitlock
Statoil has awarded Aibel the contract for engineering of substructures for the Hywind Scotland Pilot Park offshore wind farm in a deal that is worth around 40 million Norwegian Krone. 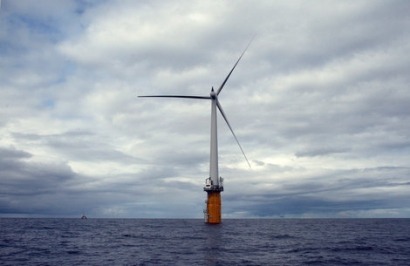 The project consists of a Front End Engineering Design (FEED) study and a subsequent detailed Engineering & Management Assistance (EMA) phase for the development of substructures for five new floating wind turbines. These will be installed off the east coast of Scotland with project completion expected in 2017.

“This is an important new step in our commitment to renewable energy” said Jan Skogseth, CEO of Aibel. “This past year we’ve worked hard to get this contract. Here our experience from the Dolwin Beta wind platform has been a crucial factor.”

Work on the substructures will begin immediately and will be directed from Aibel’s offices in Oslo and Haugesund. Around 30 employees will be involved in the project and the company will also be cooperating closely with the Norwegian Geotechnical Institute (NGI), Dr Olay Olsen AS and Principa North AS.

Statoil has already carried out a demonstration project of the Hywind concept on a smaller scale off Karmøy.

Statoil has previously carried out a demonstration project of the Hywind concept on a smaller scale off Karmøy. Aibel has played a leading role within the oil and gas industry but has also become established in renewable energy. It employs around 6,000 people in Norway and abroad in both onshore and offshore operations.