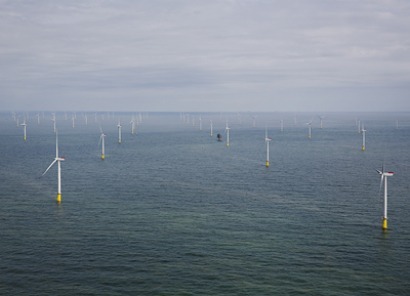 The contract covers the procurement, fabrication and assembly of 67 monopiles and 67 transition pieces, including transportation to the Dudgeon Offshore Wind Farm storage site from where the monopile foundations will be collected for installation. Work will begin immediately, leading to the start of the foundation fabrication in July 2015. The first monopile foundation is due for delivery in January 2016 and the start of installation is scheduled to commence between March and May 2016 for completion in August 2016.

Sif Group is one of Europe’s leading monopile companies with regard to offshore wind development.

Dudgeon Offshore Wind Ltd is owned by Norwegian companies Statoil (70 percent share) and Statkraft (thirty percent share) with Statoil holding the responsibility as operator for both the construction and operational phases. The two companies have previously worked together on the Sheringham Shoal offshore wind farm, located 9 to 17 miles off the coast of Sheringham, Norfolk.

Statoil is based in Stavanger, Norway, employing approximately 23,000 employees worldwide. Statkraft is one of Europe’s largest renewable energy generators and is the leading power company in Norway. It owns, produces and develops hydropower, wind power and district heating facilities alongside its gas plants and has 3,600 employees in more than 20 countries.