Irish must push further toward a low-carbon economy

Monday, 16 July 2012
0
Toby Price
Despite a severe economic downturn, Ireland has held to its ambitious energy targets to move itself towards a low-carbon economy. But to reach its goals and break its heavy use of imported fossil fuels, Ireland must invest even more in renewable technologies, expand grid integration and improve energy efficiency, the International Energy Agency (IEA) said last week in a review of Irish energy policies. 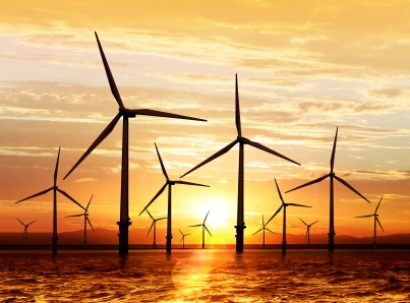 "At a time when many governments are shying away from their commitments to clean energy, Ireland has courageously resisted the temptation to scale back its own," IEA Executive Director Maria van der Hoeven said last week in Dublin as she released the new study, Energy Policies of IEA Countries - Ireland 2012. "A lot has been achieved, yet there is more to do. Now is not the time for complacency."

Ireland, whose location gives it some of the best wind and ocean energy resources in Europe, plans to produce 40% of its electricity from renewable sources by 2020, one of the highest targets in the world.

The second pillar of Ireland's decarbonisation strategy relies on the development and optimisation of energy efficiency and research and development into "demand-side management" technologies. The National Energy Efficiency Action Plan outlines 90 measures and actions to be implemented in order to achieve 20% energy savings as of 2020.

Funding of energy-focused research and development is strong, despite Ireland's recent economic downturn, and the country has become a world leader for smart grid deployment, a key means to reaching ambitious targets in the deployment of clean generation and end-use technologies, such as variable renewable energies and electric vehicles.

Ireland is highly dependent on imported oil and gas. While the push to develop renewable energies is commendable, the report warns, it will result in an increased reliance on natural gas, as gas-fired power plants will be required to provide flexibility in electricity supply when wind power is unavailable. Two-thirds of Ireland's electricity already comes from gas-fired generation, which adds to energy security concerns, particularly as 93% of its gas supplies come from a single transit point in Scotland. The country must successfully develop a range of gas and electricity infrastructure projects and market solutions while continuing to integrate its energy markets with regional neighbours.

Regional integration is an on-going development, in line with the European Union's target model. Ireland has successfully implemented the all-island Single Electricity Market (SEM) with Northern Ireland, fostering genuine competition among suppliers. Increased interconnection with the island of Great Britain is underway. In the gas market, the governments of Ireland and Northern Ireland are developing a Common Arrangements for Gas (CAG) framework.

The Irish Wind Energy Association (IWEA) welcomes the International Energy Agency’s stance on Ireland, which calls on the Irish government to deliver the key infrastructure required to ensure Ireland meets its EU 2020 renewable energy targets and to approve the extension of the REFIT I market support scheme to allow project construction in 2012 and early 2013.

Speaking at the launch of the report, CEO of the Irish Wind Energy Association, Kenneth Matthews said, “We welcome many of the recommendations put forward in this report, regarding the need for greater investment in renewable technologies, expanding grid integrations and delivering key infrastructure, enhancing the powers of the energy regulator, improving the countries level of energy security and further enhancing the consultation, planning and consenting process for critical energy infrastructure projects with local communities.

“All of these issues are essential pieces of the puzzle which are required in Ireland in order to reach our 2020 renewable energy targets.

“Construction-ready wind farms could be delayed or cancelled if Government does not approve an extension to the REFIT 1 market support scheme. The industry has advised that extension of access to REFIT 1 support scheme is critical to projects commencing construction in 2012 and the first half of 2013. Should this extension of existing approvals not emerge this could equate to a loss of investment of €360M in 2012. This could slow down the build rate for wind farms in 2012 and further threaten Ireland’s ability to meet binding EU 2020 targets.

“The difficulties the proposed developments face include planning, delays in grid delivery and changes to the financial and market environment. It is imperative that the Irish Government takes responsibility for overseeing all of these challenges to ensure success.

“IWEA also fully supports and encourages the continued engagement and consultation with communities around Ireland who are fundamental to increasing Ireland’s delivery of wind energy and meeting our EU 2020 targets.”

“The report highlights how dependent this country is on imported oil and gas particularly. Ireland is at the end of a long pipeline, with 95% of our gas coming from the UK, and North Sea gas field which is depleting at 7% per annum. The UK will eventually be looking to Norway, Algeria and Russia for its supply. Wind, the alternative is free, secure, and we have plenty of it,” concludes Matthews who highlight that reaching Ireland’s 2020 targets will save the Irish consumer on average €38 a year on their electricity bills.