Tuesday, 25 October 2011
0
Toby Price
As renewable energies mature, their reliance on public support mechanisms wanes. At the same time, judgement day is approaching for fossil fuels as not only their environmental impact but also true economic costs begin to be calculated in earnest. Some quarters are already pushing for fossil fuel subsidies to be slashed. A perfect storm for the mass roll-out of renewables perhaps? 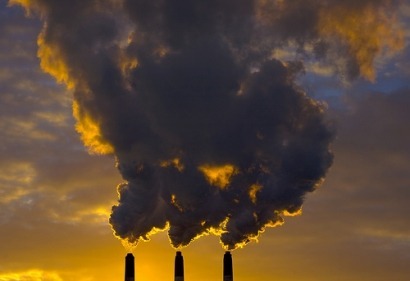 Renewable energy has and still remains heavily dependent on subsidies to survive, and more importantly grow, in the competitive energy market place. The main barrier to entry at present is the need to compete with apparently cheaper electricity generation and transport fuel technologies such as conventional thermal power or petroleum. But as fossil fuels are coming under increasing fire for their polluting nature, evidence is also starting to build up showing that the true cost of fossil fuels may also be a lot higher than many would lead us to believe.

Furthermore, some renewable energy technologies – such as solar PV – are reaching relative maturity and with this, costs are falling sharply. Consequently, cleaner alternatives to fossil fuels are no longer necessarily more expensive. Could this signal a tipping point towards a low carbon economy?

In the August edition of the renowned and long-standing journal American Economic Review, researchers Nicholas Z. Muller, Robert Mendelsohn and William Nordhaus published a study entitled “Environmental Accounting for Pollution in the United States Economy” presenting a framework to include environmental externalities of different industries into a system of national accounts in the US. The paper estimates the air pollution damages for each industry in the country by using an integrated-assessment model to quantify the marginal damages of air pollution emissions for the US which are multiplied times the quantity of emissions by industry to compute gross damages. The largest industrial contributor to external costs is coal-fired electric generation, whose damages range from 0.8 to 5.6 times value added.

While complex formula have been used to reach this conclusion, the objective of the paper is clear: to treat air pollution as just another business cost and ensure this externality is included when performing a cost-benefit analysis of different human activities, and that “gross external damages (GED)” from pollution caused by each industry are included in the national accounts as both a cost and an (unwanted) output.

Muller et al. show that this is not only possible, but can also be applied in practice. “In regulated industries, firms already engage in some abatement, and such costs are already included as a cost in the existing national accounts. However, GED from the remaining emissions is not incorporated into the accounts,” they say, highlighting that “emissions should be valued by the damage they cause” and that other external effects of industry such as those that take place through water, soils, noise and other media should also be factored in to any cost-benefit analysis.

The study, which looks at each of the 10,000 sources of air pollutants in the US for each of the six primary pollutants, shows that the utility sector is by far the largest polluter in the economy, accounting for one-third of air pollution damages.

By comparing the overall damage to value added (VA) by each activity the researchers aimed to determine whether correcting for external costs such as pollution has a substantial effect on the net economic impact of different industries. Their findings are clear, showing that the utility sector yields the largest GED/VA ratio, with damages representing a third of value added: if not desirable, still assumable in economic terms.

What is more striking though is the finding that petroleum-fired and coal-fired electricity generation and other petroleum and coal product manufacturing all have GED/VA ratios of over one (5.13, 2.20 and 1.35, respectively), indicating that air pollution damages from these activities are greater than their net contribution to output.

Muller et al. say that their analysis shows there is “a natural extension of current national-accounting principles to include pollution” and that the accounts would require “an adjustment of VA by industry by subtracting net external damages,” thereby “capturing the full costs of production to society of each industry”. With aggregate pollution damages estimated at $184 billion in 2002 and utilities accounting for 34% of this ($63 billion), the issue of not including the externalities of coal-fired power production use in national accounting becomes cause for concern. When it is also considered that the sector with the next highest GED/VA ratio (10%) is transportation – the vast majority of which is fossil-fuel powered, with air pollution damages of $23 billion, it becomes more apparent that we should be looking at the true cost of fossil fuels when debating the future energy mix.

Given the evidence that stacks up in the American Economic Review study, the authors conclude that it is likely that many of the sources of pollution studied “are under-regulated” and that “given the size and distribution of damages, the development by national statistical agencies of a full set of environmental accounts embedded in the national economic accounts is clearly warranted”.

“If these external costs were fully internalized, either through purchases of pollution allowances or emission tax payments valued at the marginal tonne, and if output and input prices did not change, the magnitude of the external costs would exceed the market VA for these industries,” says Muller et al. raising the question of how “economical” it is to be using fossil fuels to produce power and drive our vehicles compared to cleaner alternatives.

Pressure ratchets up on fossil fuels

Perhaps in response to the findings of this study, the chief economist of the International Energy Agency (IEA) has called for a bonfire of fossil fuel subsidies or be prepared for the prospect of a disastrous 3.5ºC rise in global temperatures.

“Today $409 billion equivalent of fossil fuels subsidies are in place which encourage developing countries - where the bulk of the energy demand and carbon dioxide emissions come from – [towards a] wasteful use of energy,” Fatih Birol said in an exclusive interview with EurActiv.

Birol argues that slashing slash hundreds of billions of dollars of subsidies for fossil fuels in major non-OECD countries is “the one single policy item” which could help move the world towards a trajectory of 2ºC global warming. The IEA also concludes in its World Energy Outlook 2011 report (due for release on 9 November) that the move would also foster the roll-out of renewable energies such as solar and wind power.

Analysis in the report “indicates that the door for a 2-degree trajectory may be closing if we do not act urgently and boldly,” Birol said. “In our central scenario, seven countries introduce some form of carbon pricing which brings us to a 3.5-degree trajectory. But if we want to keep the temperature increase to 2ºC, many more countries need to do so. The most important condition is that there’s coordinated international action in place,” Birol warned.

Despite the evidence stacking up against fossil fuels, Birol is concerned that “the wind is not blowing in the right direction [as regards] current international policy debate on climate change”, and says that the approaching COP17 climate change conference in Durban (South Africa), could be “very important and in fact one of the last opportunities if we are serious about limiting temperature increase to 2 degrees Celsius.”

However, despite many now believing the right approach to cutting carbon dioxide emissions is to provide start-up finance to renewable energy firms through loans, tariffs, guarantees, and incentives, governments are slow on the uptake.

Research by Bloomberg New Energy Finance last year found for example that governments spend twelve times more on fossil fuel subsidies than on those for renewable energy, while the IEA itself forecasts that global fossil fuel consumption subsidies will top $660 billion, or 0.7% of global GDP, by 2020.

“Since fossil fuel prices are heavily subsidised, renewable energies have to compete with a low price fossil fuel energy production, which is definitely unfair,” said Birol.

In an interview earlier this year, the Executive Director of the United Nations Environment Programme, Achim Steiner, also argued that state aid to fossil fuel industries was incentivising greenhouse gas emissions, something which one could argue has been borne out by the Muller et al. study described above. “If you remove those subsidies, other power-producing technologies for electricity and mobility will quickly make their way into the market,” he concluded.

Environmental Accounting for Pollution in the United States Economy