Gehrlicher Solar: “Country on the way to becoming a natural photovoltaic market”

Wednesday, 08 June 2011
0
Toby Price
By the end of August Gehrlicher Solar in Italy will have connected photovoltaic systems to the power grid with a total power of around 20 MWp. The company forecasts sales potential in the high double-digit million range by the end of the year, and sees southern Italy reaching grid parity soon. 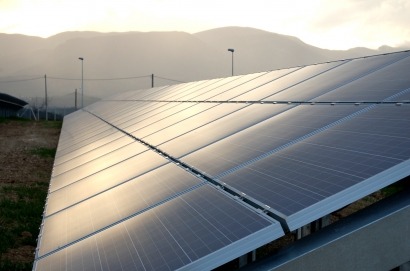 During 2011, the German solar provider, Gehrlicher Solar AG, has already completed several solar power plants in northern and central Italy with total power of around 4 MWp. These include the Ceretto and Mastropaolo Civitella solar parks in Abruzzo and the Parma solar park in the central Italian region Emilia-Romagna. In addition, it has already connected several rooftop systems with total power of around 1.7 MWp to the grid.

By the time Italy’s feed-in tariff is reduced on 1 September 2011, the company expects to have added another three solar parks in Lombardy and two in the Emilia-Romagna region, as well as several rooftop systems.

The company sees a bright future in Italy despite the pending tariff cuts. "In southern Italy we will soon be speaking of a natural market, i.e., we can then produce electricity from the sun at a cost level equal to traditional electricity", says Gerald Kumerle, technical director of Ground Mounted Systems and chairman of the board of Gehrlicher Solar Italia S.r.l.

Dr. Tim P. Jungblut, commercial manager of Ground Mounted Systems as well as member of the board of Gehrlicher Solar Italia S.r.l., adds: "By the end of August we will have installed total power of around 20 MWp in Italy. But even beyond that date we see great opportunities in this country. By the end of 2011 we are expecting sales potential in the high double-digit million range."

Gehrlicher Solar AG has subsidiaries and joint ventures in Brazil, France, Great Britain, India, Italy, Spain, South Africa and the US. With around 430 employees worldwide, the company is one of the ten largest independent photovoltaic project developers and system integrators, with an annual turnover of around €340 million (2010).

Founded in 1994, Gehrlicher Solar is one of the fastest growing companies in Europe, developing, planning, building, financing and operating solar power plants for ground mounting and for roofs – from private houses to multi-megawatt systems. In addition, it distributes solar modules and inverters as well as components from its own GehrTec product range. Gehrlicher Solar also plans, sets up and manages profit-oriented photovoltaic funds and private placements for private and institutional investors.