Wednesday, 08 February 2012
2
REM
The professional online marketplace for photovoltaic projects and systems ProjectForum4t2 is contributing to the continuous cost reduction of solar energy and reduces the marketplace fees for buyers of project rights and systems. 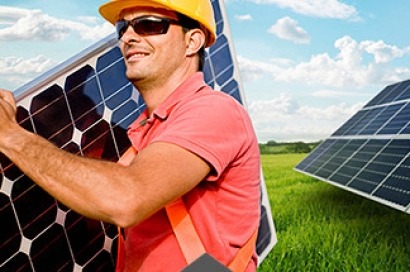 Furthermore, ProjectForum4t2 has reacted to the reduction in feed-in tariffs in several countries by significantly reducing the marketplace fee for buyers, which is only payable in the event of an actual transaction. For vendors the use of the marketplace remains completely free of charge.

Due to the lowered marketplace fees, ProjectForum4t2 says it contributes to the continuous cost reduction of solar energy.

“There is no other offer in the market, in which project developers, EPC contractors and investors can directly trade project rights and power plants so easily,” said Karsten Kreissler, Founder and General Manager of ProjectForum4t2. “Because of the reduced marketplace fees, our approach of high offer transparency combined with maximum access control is now even more attractive.”

Direct link between vendors and buyers

The online marketplace ProjectForum4t2 is a professional tool for project developers, EPC contractors and investors. Restricted access conditions and pre-qualifications ensure that only these three groups act directly on the online marketplace. Intermediaries and project brokers do not get any access. The main task of the team of ProjectForum4t2 lies in the consistency review of project documentations and in the monitoring of compliance with the marketplace rules.

With now more than 140 active national and international users ProjectForum4t2 has already reached a size which ensures that well-documented projects find the appropriate buyer within a very short time. Thereby the transparent and clear terms of use protect the vendors and buyers from unpleasant surprises at any time.

The main motivation of the team behind ProjectForum4t2 has always been the desire to develop photovoltaics in the medium term to a standard building block of global power supply using successfully implemented projects. The team of ProjectForum4t2 has many years of proven experience in the development, planning, and implementation, as well as financing and management, of photovoltaic power plants.

The team behind ProjectForum4t2 has worked for well-known companies, such as the Conergy Group, SunEdison and BP Solar. In addition, many team members also have experience working in small startups with a strong focus on project development.

Through many years of working on the interface between local project developers and international project implementers, the idea was born to implement an efficient and transparent online marketplace for solar project rights and systems. Project Forum 4t2 GmbH was founded in late 2010 and is based in Hamburg (Germany).