Friday, 17 January 2014
0
Robin Whitlock
A consortium led by Saft has been awarded a multi-million euro project by Akuo Energy to build the Bardzour solar photovoltaic (PV) production and Li-ion (lithium-ion) energy storage system on the French island of La Réunion in the Indian Ocean 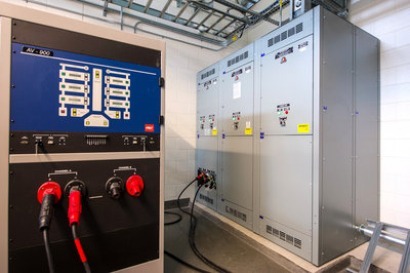 Saft will deliver the project in partnership with the Spanish company Ingeteam, which manufactures power electronics and energy management systems, along with Corex Solar, which is based on La Réunion itself.

The project is based at Le Port, on the western side of the island, and will combine a 9MWp power plant with a 9MWh Intensium Max+ 20E containerised battery system to produce a complete energy production and storage system. Delivery of the project is scheduled for early 2014.

The Bardzour installation is the largest project announced in a group of 16 solar farm projects awarded in 2012 under the French Commission de Régulation de l’Energie (CRE) tender. The tender will deliver a total of 50 MW of solar PV production capacity coupled with storage in Corsica and French overseas departments.

Energy storage will increase the share of cost-competitive renewable energy generation in non-interconnected island grids by delivering reliable solar and wind power projects within the overall energy mix and contributing to grid stability. The future market potential in French overseas territories, in terms of total capacity, is estimated to be somewhere in the region of several hundreds of MW of energy storage.

“The announcement of this contract in this CRE global tender reinforces our vision that energy storage will play an important role in the NIZ (Non Interconnected Zones) and confirms our leadership position in this developing future market” said François Bouchon, Director of Energy Storage at Saft.

Aurélie Tornier, Saft Energy Storage Sales Manager, added that the company was delighted to have been selected for the project.