Wednesday, 23 May 2012
2
Richard Crume
As natural gas becomes more plentiful and prices fall, will renewable energy’s momentum be sidetracked? Richard Crume finds that some energy experts think so, at least in the short term. 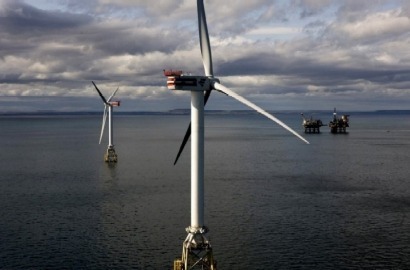 The price of natural gas for the consumer has fallen significantly over the past few years, so much so that solar panels and other renewable energy technologies are having trouble competing, even with the renewable energy rebates and tax incentives currently in place. Consequently, many investors once bullish on renewable energy are now sitting on the sidelines until the economics improve.

Average wholesale natural gas prices were down 9 percent in 2011, a trend that is expected to continue in 2012. One reason for the drop in natural gas prices is the increasing use of hydraulic fracturing (fracking), which is allowing gas extraction from shale formations where access was previously uneconomical. With fracking, fluids (mainly water, sand, and some proprietary chemicals) are injected under high pressure into an underground formation, creating fissures that free the natural gas for collection. The American Petroleum Institute (API) estimates that about 35,000 wells are drilled each year in the U.S. using fracking technology (see the API’s EnergyAnswered web site). 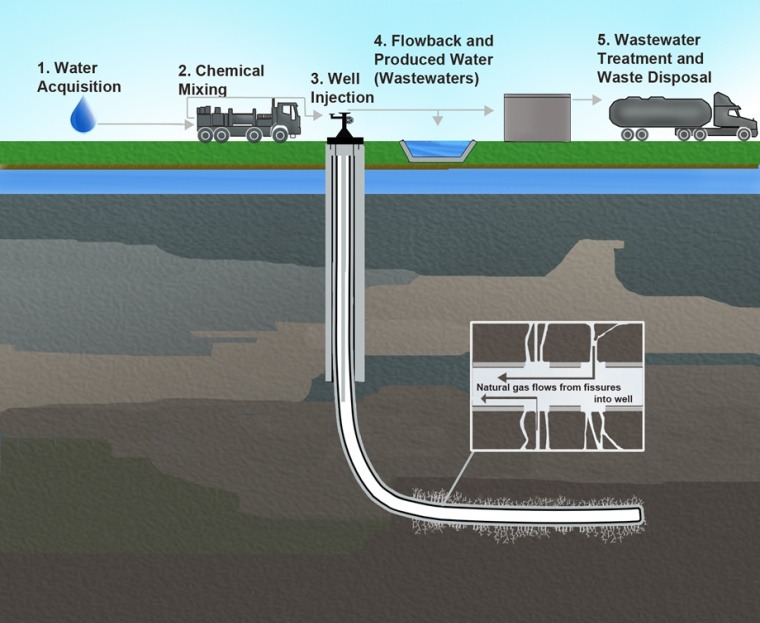 It is not only renewable energy investment that is suffering from lower natural gas prices. Natural gas is in direct competition with its dirtier fossil-fuel cousin, coal. Additionally, the nuclear industry is concerned about low gas prices threatening the continued operation of older nuclear plants and the approval of new plants. 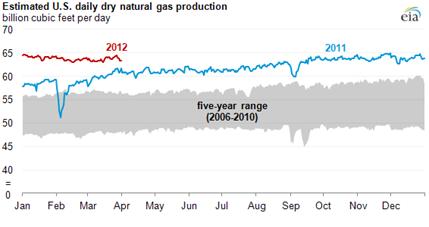 At current consumption rates, the U.S. will have a 90-year supply of natural gas. This means that so long as gas prices remain low, there will be less incentive to invest in renewable energy. Low energy prices are good news for consumers but not so good for renewable energy investors.

America remains committed to natural gas development, along with oil, as major energy sources for the foreseeable future. In his 2012 State of the Union address, President Obama observed:

Over the last three years, we've opened millions of new acres for oil and gas exploration, and tonight, I'm directing my Administration to open more than 75 percent of our potential offshore oil and gas resources. . . . We have a supply of natural gas that can last America nearly one hundred years, and my Administration will take every possible action to safely develop this energy. . . . The development of natural gas will create jobs and power trucks and factories that are cleaner and cheaper, proving that we don't have to choose between our environment and our economy.

And more recently, in an executive order aimed at reducing overlapping fracking regulations, the White House asserted, “it is vital that we take full advantage of our natural gas resources, while giving American families and communities confidence that natural and cultural resources, air and water quality, and public health and safety will not be compromised.”

The U.S. continues sponsoring renewable energy research and development (for example, at the National Renewable Energy Laboratory in Golden, Colorado), but for the moment, national priorities appear to be shifting in favor of natural gas production.

Amid the current enthusiasm for natural gas production, concerns about the environment remain strong. Opponents of fracking are quick to point out its adverse environmental impacts – greenhouse gas emissions, toxic air pollution, contaminated groundwater, worker exposure to silica dust, and even earthquakes! Proponents of fracking argue that any environmental impacts are not nearly as bad as the fossil fuel alternatives, particularly coal, and natural gas extraction is generating tens of thousands of jobs that ripple through local economies.

New U.S. Environmental Protection Agency (EPA) rules address some of the environmental concerns by reducing air pollution emissions from compressors, oil storage tanks, and other equipment associated with fracking wells. According to the EPA, these rules will reduce smog-forming volatile organic compounds, methane (a greenhouse gas), and toxic emissions like benzene by 95 percent. 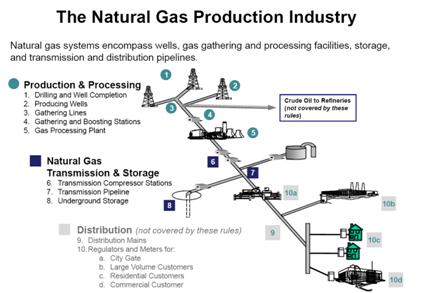 With the world’s current economic troubles, the environment often takes a backseat to job growth and economic development. But public concern over the environment seems to go in cycles, and with the next big news story about air or water pollution or climate change, the environmental impacts associated with fracking and other energy technologies may once again take center stage.

The competition between natural gas and renewable energy is complex due to the interplay of evolving economic and political factors. For example, many countries are committed to expanding their renewable energy portfolios regardless of the price of natural gas and other fossil fuels. Germany already derives about 20 percent of its energy from renewables. And Japan, struggling to recover from last year’s devastating tsunami and nuclear plant meltdown, is now debating renewable energy targets of 25 to 35 percent by the year 2030.

Additionally, there are reasons to believe that the pricing of natural gas will be less favorable in the future as a result of:

Already there are predictions that wholesale natural gas prices in Britain may rise by as much as 28 percent this winter due to the diversion of liquefied natural gas supplies to Japan, where the nuclear power industry remains virtually shut down. It is clear that in the long run, natural gas, a finite resource, will experience diminishing supplies and higher costs, although the timeframe of this happening is difficult to predict.

Another factor concerns evolving public opinion, both for and against fracking. The State of Vermont recently banned the technique, although this was largely symbolic, since the State has little or no natural gas reserves. Industry groups argue that actions like Vermont’s to restrict fracking will impede job creation, government revenues, and energy security, and such actions ignore the scientific facts that natural gas wells are clean and safe. In contrast to Vermont, many other states have given the gas industry a green light for further exploration and development, subject to regulation. Several states require disclosure of the chemicals in fracking fluids.

While natural gas prices begin to stabilize or even rise over the next few year, renewable energy technology is becoming more cost-competitive. The capital and installation costs of solar photovoltaic systems dropped by more than half from 2007 to 2011, wind and hydro systems are already competitive in some markets, and promising technologies such as fuel cells and biogas are on the horizon. In 2011, for the first time, solar photovoltaic power was the top source of new electricity generation capacity in Europe, bettering natural gas and wind combined, according to a new report from the European Photovoltaic Industry Association.

Furthermore, distributed renewable installations like solar panels on factory roofs compete against retail power rates, and thus, are less threatened by wholesale natural gas prices. And large utility-scale solar and wind projects that are subject to fixed-price energy contracts, and that pass costs on to consumers in base rates, are potentially less susceptible to natural gas price fluctuations.

A new report from the Howard H. Baker Jr. Center for Public Policy notes that historically, as new energy resources were developed in the U.S., a 30-year period of innovation and early adoption was required before beginning rapid growth. The report postulates that solar energy technologies are currently in the rapid growth stage, and the point has been reached where “government incentives can be most critical in helping new energy technologies become significant sources of energy production.” Cited examples of successful government engagement with the energy sector in the past include “market control measures for oil, making pipelines available for natural gas, the construction of flood control dams that provide the fuel for hydropower and states surveying their coal reserves.”

The bottom line: Natural gas will remain an integral ingredient of our energy future for years to come. But the future is also bright for renewable energy, as natural gas prices stabilize or begin to rise, as renewable energy innovations continue, and as public support grows for low polluting energy technologies.

For more information on fracking in the U.S., National Public Radio has posted a special series at: http://www.npr.org/series/151930969/science-and-the-fracking-boom-missing-answers 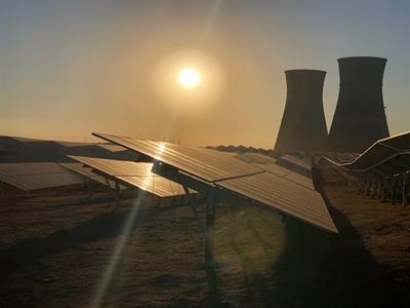 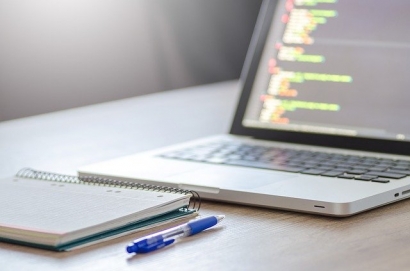 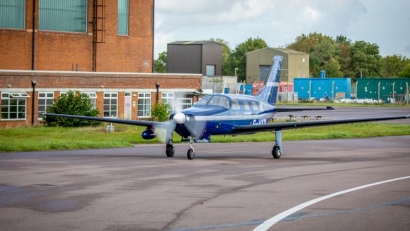 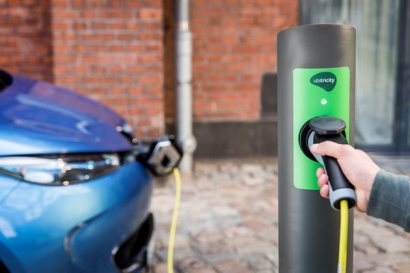