Wednesday, 10 August 2011
1
Toby Price
The European Wind Energy Association (EWEA) has published its scenarios for onshore and offshore wind power deployment in the EU, ahead of the European Commission's Energy Roadmap 2050, due to be published later this year. 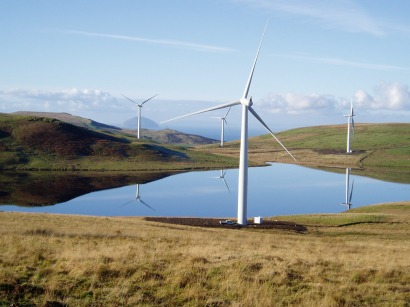 "Wind energy will more than triple its power output by 2020 with 194 billion Euros invested in European onshore and offshore wind farms in this decade", said Justin Wilkes, Policy Director of EWEA. "This success is mainly driven by a strong EU regulatory framework to 2020, which we need also after 2020".

EWEA's "Pure Power" report shows that the 27 EU Member States will have very different increases in wind power capacity between now and 2020. While longer established markets such as Germany and Denmark will experience lower growth rates, recording growth factors of 1.8 and 1.6, respectively, other nations will see greater progress over the decade ahead: Finland (x 9.6), Bulgaria (x 8.0), Czech Republic (x 7.4), Luxembourg (x 7.1) and Romania (x 6.5).

By 2020 the electricity production from wind energy will be equivalent to the total electricity consumption of all households in France, Germany, Poland, Spain and the United Kingdom together.

By 2030 1,154 TWh (28% of total demand) would be produced by wind power, more than the EU's predicted 241 million private households are expected to consume in 2030. Today, wind power produces electricity equivalent to the consumption of 50 million average EU households (1).

As a whole, the twenty seven Member States of the EU are forecast to see wind capacity rise by a factor of 2.7, with wind turbines across the continent generating enough electricity to cover 16% of demand by 2020.

(2) EWEA's assumption of EU installed wind power of 230 Gigawatts (GW) by 2020 is "conservative". It does not differ much from those presented by 27 EU Member States in their "national action plans" with a total of 213 GW. The European Commission similarly assumes 222 GW of installed wind capacity by 2020.