Wednesday, 21 December 2011
0
Toby Price
The Society of American Foresters (SAF) recently released "Managing Forests Because Carbon Matters: Integrating Energy, Products and Land Management Policy," a report published in the Journal of Forestry that summarizes and analyses the most recent science regarding forests and carbon accounting, biomass use and forest carbon offsets. 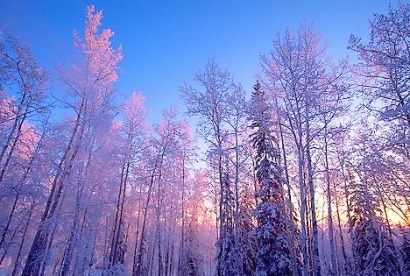 The report was compiled by the SAF's task force on forest climate change offsets and use of forest biomass for energy, which also coordinated more than 25 external reviews of the report. Bob Izlar, director of the University of Georgia Center for Forest Business, was a key participant in the yearlong study, acting as a lead chapter author and editor.

The report's findings "support the notion that sound carbon policy should be based on sound science," said Izlar, who is based in the Warnell School of Forestry and Natural Resources. "Healthy, productive forests can be a carbon solution rather than a carbon problem for carbon accounting, biomass use and forest carbon offsets."

"This work will help policymakers reconsider the critical impact forests have on our daily lives and the potential they have to solve problems that confront our nation," said Robert Malmsheimer, the task force's chair, as he emphasised the policy implications of the report. "We believe our science-based findings should lead toward positive reforms that encourage investment in this vital renewable resource."

According to the task force, US environmental and energy policies need to be linked and based on four science-informed premises:

The report, said SAF Executive Vice President Michael Goergen, "demonstrates why the United States must invest in its forest resources and how their management can have important positive impacts on carbon in the atmosphere while producing renewable energy and other benefits, including energy independence."

The task force's report was released as a special issue of the October/November 2011 Journal of Forestry.