The heat is on: New semiconductor chip converts heat into power 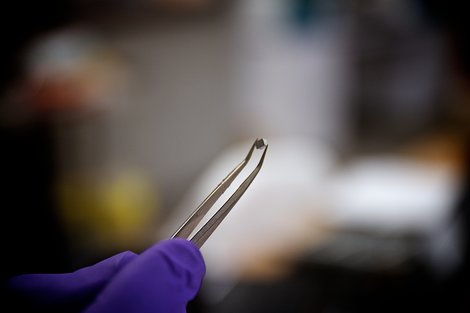 MicroPower was established in 2008 in order to acquire, develop and bring to market ground breaking technology concerned with energy conservation. The company has now developed a new semiconductor chip that converts heat directly into electricity thereby generating significant energy savings and reducing harmful emissions. The technology has already been patented and independently verified and an experienced engineering team is now working with partners, suppliers and potential customers with the aim of bringing the product to market in the second half of 2013.

MicroPower has partnered with Texas State University in order to complete product development so that the manufacturing process can be commenced as early as possible in the most cost-effective manner. The university is providing technical expertise and world-class facilities and equipment. In support of the project MicroPower has decided to launch a campaign via crowd funding, alongside more traditional forms of fundraising, and is also naturally very keen to promote the product as widely as possible.

Given the significant potential of the product, we decided to talk to Max Lewinsohn, MicroPower’s Chairman and CEO, so that he could tell us more about it.

How does the Micropower Chip work?  – just a basic explanation

The MicroPower Chip works by converting heat directly into electricity. More specifically, it is converting a heat differential into electricity – ie one side of the chip being hotter than the other generates electricity. This basic principle is known as the thermoelectric effect and was first described nearly 200 years ago – there is a small existing thermoelectric market but it has always been limited in its scope by low efficiencies (below 5%), and high cost. Our chips are so much more efficient because we place what we call a “barrier layer” on standard thermoelectric material (essentially doping it) using simple, inexpensive semiconductor processes which results in a significant uplift in performance. Our patents relate to this barrier layer, which can be applied to any thermoelectric material – there are several different types of material, each of which operates in a different temperature range. The material with which we are currently working, lead telluride, operates most effectively between 200°C and 600°C, with optimum performance around 400-450°C. We chose to develop this first as we believe that is where the most commercial opportunities lie, particularly as regards waste heat from numerous industrial and vehicular processes, but in future we will develop alternative materials to broaden our range of potential applications.

How efficient will the chip be?

As I said, existing products are approx 5% at best. We can consistently produce chips at 15% efficiency currently, though we’ve observed efficiencies approaching 20% in some cases. Earlier work on different materials (but unattractive commercially, such as cadmium)  show that efficiencies of 30% may be achievable in the future. While there are plenty of applications at 15%, and even an attractive number at 10%, at 20%, the sky is the limit in terms of potential markets.

What kind of energy savings are we looking at with this chip?

This varies depending on exactly where one is using the chips, at what temperatures they’re operating, and a number of other factors, but as a rule of thumb, you’re looking at savings of 5% to 10%. This is what we’ve been told by a number of industrial companies with whom we’re working. Likewise, the US Department of Energy estimates that using 20% efficient devices in automobiles would result in a 10% improvement in fuel economy. Of course, how much these percentage savings represent in financial terms will vary wildly depending on the application.

What more needs to be done on this project in order to complete its development?

In terms of the technology development, we are already at a stage where we believe there are significant potential markets and customers – we simply need more funding so that we are able to purchase the equipment and hire the personnel to ramp up our activity and serve those markets. Having said that, while we transfer to manufacturing, we will also continue the core technology development to improve the efficiency of our chips, and ultimately develop chips in different materials that will enable us to serve a wider market.

Have you an expected completion date for the project?

We expect to be in early manufacturing by the end of 2013, but as stated above, the core technology development project will be on-going.

What market sectors/applications are best suited to this product?

There are many potential applications (see www.micropower-global.com/markets) but the largest and most exciting area is waste heat recovery in the industrial and transportation sectors.

Are any other companies involved in this kind of research?

Yes, there are quite a few companies engaged in advanced thermoelectric research – both the established thermoelectric outfits who have existing low-efficiency products, and a number of start-ups. Of course, we don’t know exactly what stage all of them have reached, but, to our knowledge, none are close to market with devices approaching the level of efficiency we have achieved. This is supported by our interactions with customers and potential customers, particularly in the automotive sector, where lots of engineering work has already been done on incorporating thermoelectric devices into vehicles, but the efficiency of the thermoelectric material being used is still very low and is causing the expected introduction of such devices to be significantly delayed.

How will this help to revolutionise the energy sector?

Revolutionise is perhaps too strong a word, but if every heat engine in the world – every power plant, industrial plant, car, plane, etc. – could be made 10% more energy efficient, it would save an enormous amount of money and fuel – the latter being crucial as it would enable us to make better use of the limited resources we currently have at our disposal. This could play a crucial role in giving alternative forms of energy – solar, wind, geothermal, etc. – more time to develop and become commercially viable by the time we really do start running out of fossil fuels.

Tags: Efficiency ,Electricity ,Saving ,Fuel ,Waste ,Geothermal ,Solar ,Transport ,Wind
Add a comment
gorila
Life means many things, but besides taking care of your family, home and working, you should take care of you. Anyone, especially if she is a woman must have a beauty routine.
¡Suscríbete!
biogas