Monday, 25 June 2012
0
Toby Price
Increasing the share of renewable energy to 20% in the EU energy consumption by 2020 relies on the commitment of Member States to fully implement the requirements of EU legislation. However, the European Commission (EC) has revealed that national legislation in four Member States is still not in line with EU rules. 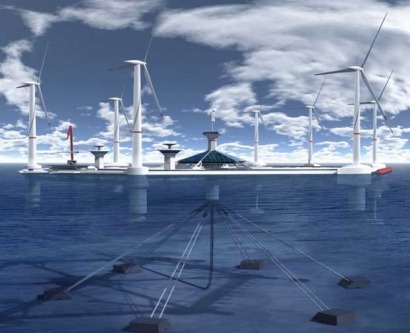 The Renewable Energy Directive (2009/28/EC) had to be transposed by Member States by 5 December 2010, and the timely transposition of this Directive was a priority for the Commission, especially since unnecessary delays in implementing it may jeopardize the achievement of the EU renewable energy objective for 2020. However, in a press release last week, the EC revealed that Cyprus, Ireland, Malta and Slovenia have not informed the Commission of all the measures necessary to fully transpose the Directive into their national legislation.

According to the Directive, each Member State has to reach individual targets contributing to the overall 20% share of renewable energy in energy consumption. To reach these targets, Member States have to lay down rules, for example for improving the grid access for electricity from renewable energy sources, the administrative and planning procedures, information and training of installers etc. In addition, where biofuels are used to achieve the transport target, these must meet a set of sustainability requirements, which also need to be included in national legislation.

“The Commission of the European Communities is responsible for ensuring that EU law is correctly applied [and] takes whatever action it deems appropriate in response to either a complaint or indications of infringements which it detects itself,” the Commission explains. Given the fact that in a communication issued on 6 June, the EC highlighted the importance of “rigorous implementation and enforcement of the Renewable Energy Directive,” it is likely that it will use all its powers to ensure Cyprus, Ireland, Malta and Slovenia come up to scratch.

The Commission will also continue to discourage polices that hinder the investment in renewables, in particular by phasing out fossil fuel subsides, promote a well-functioning carbon market and properly designed energy taxes. “This will open up new possibilities, increase the integration of renewable energy in the internal market by exposing producers to market prices, i.e. through exchange of best practice on support scheme reform,” it explains.

Furthermore, the Commission followed up on its 2012 Annual Growth Survey with country-specific recommendations adopted on 30 May 2012, which should also help individual countries to reach their targets.

In the EC’s country-specific recommendation for one of the infringers, Malta, for example, it was highlighted that the island’s energy supply remains almost fully dependent on imported oil, while the contribution of renewable energy sources continues to be marginal. In order to reduce Malta's dependence on imported oil, the Commission called on the nation to “step up efforts to promote energy efficiency and increase the share of energy produced from renewable sources by carefully monitoring the existing incentivising mechanisms and by prioritising the further development of infrastructure, including by completing the electricity link with Sicily”.

It also said that addressing shortcomings in energy efficiency could bring the double benefit of improving competitiveness and achieving energy and climate targets. “A number of initiatives in these areas have been undertaken such as encouraging the generation of photovoltaic power and developing wind farms, building an electricity interconnector with Sicily and promoting the use of fuel-efficient cars. However, it is still too early to see the eventual impact of these initiatives so their implementation needs to be closely monitored,” found the Commission.

According to Malta Today, Malta's Minister for Resources and Rural Affairs reacted to the Commission's announcement that it would send a Reasoned Opinion to the Maltese government saying that it had maintained regular consultation with the Commission on the transposition of this Directive and that all the necessary transposition measures were adopted with legal notices pertaining to the electricity and natural gas markets, rules on electricity and heating from renewable sources, and rules on the promotion of energy from renewables. "Malta has notified the European Commission of these measures," George Pullicino said.

Although a report issued by the EU’s Environment Agency said Maltese households are the lowest energy consumers in the EU and energy efficiency on the island is on the rise, it is lower than the EU’s average and Malta is only one of six member states with increasing annual energy consumption. Boosting its renewable energy capacity is therefore clearly an energy priority of the Government.

Indeed, it has revealed that it is currently considering a proposal by the Swedish company Hexicon, to build a large floating wind farm [see inset]. The farm would have 36 turbines situated on a floating platform that would be anchored to the seafloor by cables, and would provide 54 megawatts of power to the island.