Wednesday, 15 April 2020
0
REM
On Wednesday April 1, Minister for Ecological and inclusive transition Elisabeth Borne announced the results of the latest solar and wind tenders, contributing to the goals of the multi-annual energy plan. With the award of 165 MW, Engie is ranked number one in the solar tender. With over 70 MW of onshore wind projects won, Engie was awarded a total of 235 MW during these latest tenders within the French territories in particular in Nouvelle Aquitaine, PACA, Grand Est, Normandy and Hauts de France. 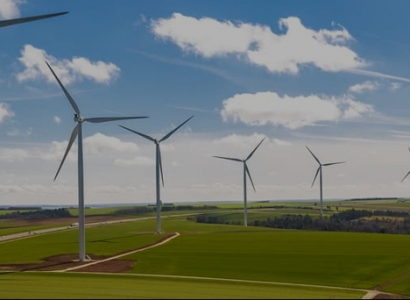 These successes consolidate Engie’s position as the leading developer of renewable energy in France. With 2.3 GW of onshore wind and 1 GW of solar installed capacity at 100% at the end of 2019, the Group the leading producer of solar and wind power in the country. Engie is also the alternative leader in hydroelectricity and a major player in green gas.

Gwénaëlle Avice-Huet, Engie’s executive vice president in charge of renewables, said, “These successes, which will lead to us installing more than 235 MW of additional renewable capacity in France, testify to the quality of the offers presented and the group’s competitiveness. They also demonstrate the ability of our teams to innovate and make the energy transition a reality at the heart of the regions. Renewable energies will be a pillar of the economic recovery of France and the world of tomorrow.”

Through its subsidiary Engie Green, the group won four projects as part of the “innovative solar” tender. These projects anticipate the future of the solar industry and improve the productivity and the integration of power produced into the grid thanks to a combination of state-of-the-art PV panels, storage solutions and predictive technology for solar power production.

Globally, Engie has 26.9 GW of renewable installed capacity at 100% end of 2019. Between 2019 and 2021, the group announced plans to build an additional 3 GW of renewable capacity per year around the globe.