Developments in Latin America include big gains for renewables and wind

Wednesday, 22 February 2012
0
REM
Nicaragua has reached a milestone in its adoption of renewable energy, having 48 percent of its demand for power met by renewable sources, the government has announced. 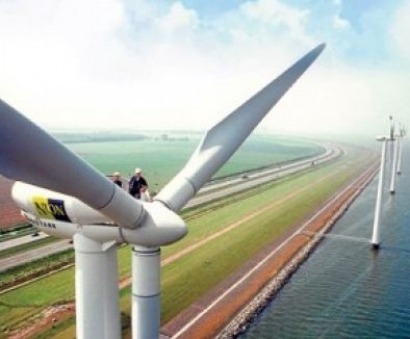 According to data provided by the Nicaragua Ministry of Energy and the National Center for Cargo Dispatch, the nation is now producing 219.8 MW of power from wind farms, hydroelectric, biomass and geothermal stations.

Two years ago, the country met about 30 percent of its power demand with energy from renewable sources. Officials credit the opening of the new 36 MW plant at San Jacinto Tizate, a project managed by the company Polaris Energy Nicaragua, with making the difference.

The National Cargo Dispatch, CNDC, recorded a maximum demand of 525 MW of which almost 220 MW were produced by renewable generation plants. The country's peak demand reaches 540 MW on average.

Although the average price of bunker fuel used in thermal generation plants averaged $103 per barrel and the average cost this energy source reached $240 per MW last week, the average price, with a mixed power grid, was between $158.5 and $165.7 dollars per MW.

Meanwhile, Panama has seen the start of construction of its first two of a total of five facilities that are going to be built in the province of Cocle.

The company Fersa Panama has started earthwork for two facilities, in the communities of Toabré and Anton, which will ultimately generate 330 MW of energy.

The Spanish company Unión Eólica de Panamá, which obtained authorization for 120 MW back on November 2011, is developing the other three projects.

On the technological front, students at Mexico’s School of Mechanical and Electrical Engineering (ESIME) Zacatenco Unit, National Polytechnic Institute (IPN) are currently conducting a research project on the development of low-power wind turbinesfor implementation in the central state of Hidalgo.

Their turbine will start producing electricity by wind turbines of 5 KW, and is intended to be part of future implementation of a wind farm for energy supply in rural and remote communities of our country.

According to Dr. Fermin Viniegra Heberlein, the project’s director, the student’s design has eliminated costly mechanisms of guidance and, because of its simplicity it is possible to place a tower and mass production with low-cost domestic inputs, without affecting the operational life expectancy.