On-shore wind cost households less than a fiver in 2011

Wednesday, 14 March 2012
0
Toby Price
Despite scaremongering from sections of the media and the pro gas and nuclear lobby – figures out today show that on-shore wind added less than £5 to household energy bills last year. The stats were compiled by clean energy company, Ecotricity, and are based on an analysis of Ofgem’s recent report on Renewables Obligations. 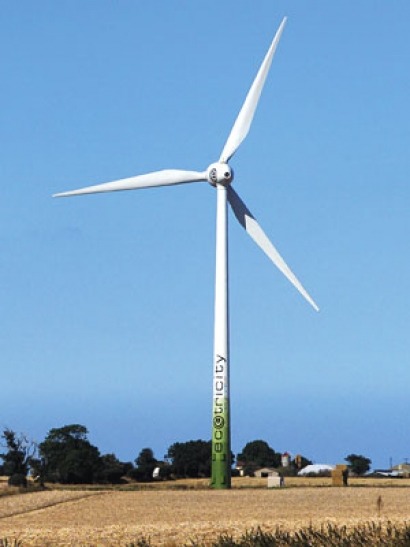 Renewables Obligations came into effect in 2002 in England and Wales and in Scotland and in 2005 in Northern Ireland. They place an obligation on UK electricity suppliers to source an increasing proportion of electricity they supply to customers from renewable sources. As such, , they are the main support mechanism for encouraging the growth of renewable energy in the UK – including both on-shore and off-shore wind, wave, tidal, biomass and landfill gas.

Renewables Obligation Certificates (ROCs), meanwhile, are green certificates issued by Ofgem, the electricity and gas markets regulator in Great Britain, to operators of accredited renewable generating stations for the eligible renewable electricity they generate. Operators can then trade the ROCs with other parties, with the ROCs ultimately being used by suppliers to demonstrate that they have met their obligation.

Where suppliers do not have sufficient number of ROCs to meet their obligation, they must pay an equivalent amount into a ‘buy-out’ fund. The administration cost of the scheme is recovered from the fund and the rest is distributed back to suppliers in proportion to the number of ROCs they produced in respect of their individual obligation.

Ofgem has just released its Renewables Obligation (RO) annual  report for 2010/11, which shows that the RO added just £15.15 to the annual energy bill of the United Kingdom’s 26.3 million households – with just £4.68 of that supporting on-shore wind.

By comparison, the rising cost of imported gas added around £120 to energy bills last year , with dual-fuel bills rose from £1,145 in 2010 and £1,345 in 2011. The other £80 was increased delivery costs and improved profits for energy companies.

This increase in the cost of gas added more than 10% to energy bills, while support for on-shore wind added less than 0.05%. Ignoring the real reason for rising energy bills – imported gas – 101 Conservative MPs recently wrote to Prime Minister David Cameron saying “in these financially straightened times, we think it is unwise to make consumers pay on-shore wind turbines, through taxpayer subsidy”.

“Let’s set the record straight. Supporting onshore windmills and making use of our indigenous energy supplies – cost each household less than a fiver last year. This is an investment, not just in clean energy, but in energy security – reducing our reliance on imported gas,” says Ecotricity founder, Dale Vince. “There has been a massive campaign of misinformation over the last six months by the media and lobbyists for the gas and nuclear industries – all taking aim at wind energy for some reason.

“With the rising cost of imported gas increasing household energy bills by £120 last year, it's bizarre to see a group of Conservative MPs complaining about the £5 spent on onshore wind. Are they not in possession of the facts, or do they care little for such inconveniences?

“In January this year, coal took over from gas as the major provider of electricity in Britain because the high price of importing gas caused the Big Six energy companies to mothball gas power stations. That's the reality – it's gas that we can't afford not onshore wind.

“Britain should not be left at the mercy of the international gas market. We have 40% of Europe’s wind resource. Let's use it, to create jobs, industries, clean energy and independence from global energy markets.”

The number crunched by Ecotricity were as follows: